Application period for Calotte Academy 2022 has been extended to 2 May, 2022. 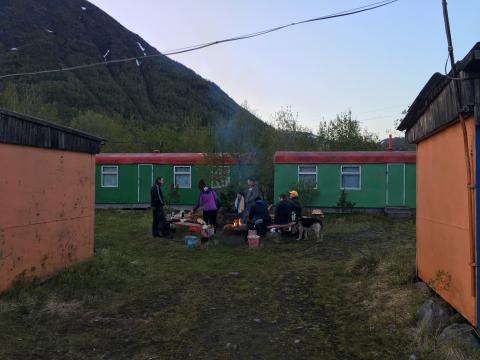 Let me begin with stressing that I have had a privilege to participate in several editions of Calotte Academy, so summarizing my impressions about it is not an easy task. I learned about the Academy accidentally. Freshly enrolled in PhD studies in International Affairs after completing my MSc in Security Studies, I was searching for some geopolitics related articles when it appeared – Calotte Academy announcement. I still remember how interested I was while reading it as it contained some words that I consider crucial in my professional and academic life: interdisciplinarity, transdisciplinarity, holistic approach, open and critical debate, dialogue building, environmental issues, governance… On the top of that, the fact that the Academy had been envisaged as travelling symposium did make me thrilled about it. I have to admit that my level of self-confidence while applying was not high at all – why would anyone from the High North like to hear what a guy from Balkans had to say?! But as Organizers really sought to have very different viewpoints to be shared, they gave me a chance. What followed was an amazing intellectual and personal adventure which has enormously spread my horizons and changed my perception.

To give a personal touch to this short address, I would like to mention that at Calotte Academy I met a set of amazing and inspiring people: professor who had travelled to the North Pole on Russian ice-breaker, an academic engaged in science diplomacy, a prominent journalist who had covered many Arctic related topics and had travelled to disputed Hans Island (by the way, that is when and how I learned about the island), a guy who did his PhD in seal hunting issues, a guy who did his research in Svalbard and with whom I spend hours speaking about life there in the frame established by the Svalbard Treaty… So many interesting life stories, so many new things to hear and learn. Travelling during the Academy provided me an opportunity to see some places I considered truly astonishing, either from historical or geographical points of view: Nikel and its apocalyptical-looking surrounding, Dolina Slavy memorial, Kirovsk, Kirkenes, Inari and the Sami Parliament… Crossing the Article Circle for the first time was a very memorable experience, as memorable as crossing the only border cross point between Norway and Russia – Storskog/Borisoglebsk. Participation in the Academy has additionally increased my already high interest in the field of geopolitics and it has subsequently resulted with my membership in the TN on Geopolitics and Security.

Are there any anecdotes, somebody would ask?! Sure, many of them – from sessions, discussions, breaks, saunas, barbeques, and long bus journeys… Let me mention one. It was during a Svalbard related presentation at one of sessions. Speaker was explaining local settlements and communities in a very comprehensive way, and after he described Barentsburg and the way of life there I interrupted him asking:

“Excuse me, but if I have understood well, the purpose of that community is to heat itself using the coal it digs?!”

“Well, we could say it that way” was the answer from presenter’s side.

Of course, this short discussion was followed by an intensive laugh among the audience exactly because of its honesty and seriosity – none of two of us intended to make a joke.

The fact that one year I used a week of my vacation to attend the Academy may itself be considered as a kind of anecdote.

I congratulate the 30th anniversary of Calotte Academy both to all members of the team involved in its organization and to all of those who love it and who keep feel being a “family member” through all those years. Existence of this kind of dialogue platform is of the utmost importance for academics and professionals to better understand various challenges the Arctic region is facing with nowadays.